Posted on July 6, 2020 By WeFilmFestival 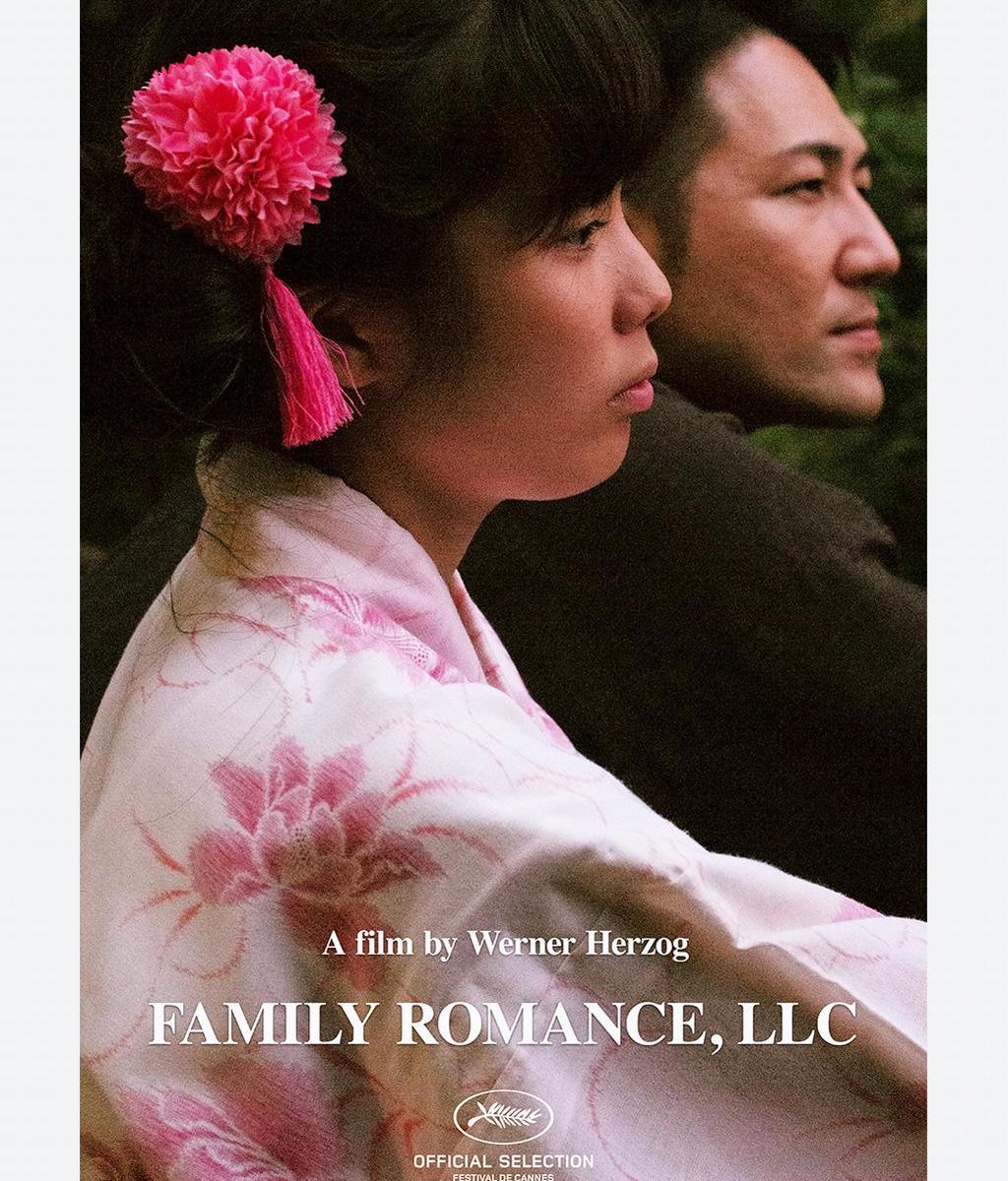 “Our policy at Family Romance is that we can only do what we really are.”

I’ve always been intrigued by films that skillfully blur the line between reality and fiction. Oftentimes, in our daily lives, we find ourselves unable to tell reality from fiction. They appear to be so delicately intertwined that it feels almost absurd to try to single out one from the other. Naturally, this has been a concern of many filmmakers across the years, who used this genre exhaustively to put us face to face with our own subjective lenses of reality. Wasn’t it Gabriel Garcia Marquez who said: “Life is not what one lived, but what one remembers and how one remembers it in order to recount it.”?

Family Romance LLC (2019) by Werner Herzog is a fine example of this genre. A Japanese speaking drama following the life of Yuichi Ishii, the owner of the Family Romance company in Tokyo, Japan. The company offers “human rental” services where customers can rent people to perform various different social roles as a paid service: substitute for a sick father at a wedding, help a lonely woman relive the memory of winning the grand prize, or act as the parent who has long abandoned his child. What a beautiful premise for a Black Mirror episode isn’t it? Well, first it is based on a true story, as the Family Romance company does exist in Tokyo. And second, it is run in real life by no one other than Yuichi Ishii himself, the film’s leading character and actor.

In a Q&A with Werner Herzog on Mubi, Herzog comments:

“The big thing is a fundamental question about human existence. What is lie? What is truth? Everything in the film actually is, in a way, a lie or performative. It’s a performance. Everything is staged. Everything is not true and yet, it has a truth in it, strangely enough.”

He does insist in the Q&A, as well as in the film’s intro (both of which go hand-in-hand with the film screening on Mubi) that the film is “all staged and written and rehearsed and stylized.” Yuichi might be playing himself in the film, yet he is given a script, just like all other characters in the film. Being not only the scriptwriter of the film, but also the director and cinematographer, the film is a true work of an auteur. So, we are fully made aware that the film, in itself, is a subjective version of reality. Yet, I kept wondering throughout the film, why does it feel so real?

Many reviewers said that the film has the general feeling of a documentary, and that it should rather be listed under this category instead of a drama. One can perhaps see that in the intrusive position of the camera being placed very close to the characters. There’s also the minimal use of different angles in the same scene, and characters being seated as if in an interview rather than a natural setting. The footage indeed looks quite raw. I believe that the mastery of the film lies in showing a subjective content (Herzog’s invented stories which are inspired, to an extent, by reality) using seemingly objective narrative tools (similar to documentaries). You are constantly reminded that this is a reality that although did not take place, might easily does.

There are many heart-warming stories within the narrative. Perhaps, most strikingly Mahiro’s story. The 12-year old girl whose mother hires Yuichi to play the role of her father who abandoned her when she was only two. Not only does Mahiro fall in love with her dad, her mom (fully aware of him being an actor) also does. She unflinchingly tells him towards the end of the film:

“Can’t you just come live with us?”

“I think we could become a real family.”

To which Yuichi responds:

“At Family Romance, we are not allowed to love, or to be loved.”

This I think beautifully summarizes the film. Herzog believes the 21stCentury will be one of the loneliest centuries experienced by humans due to technology that gives the illusion of everyone being so accessible, when they actually are not. This whole story could perhaps be an allegory to that. The limitations of paid technology/services to substitute for the real thing. After all, paying a person to perform the role of a father is one thing, but asking him to be one is a total different story.

I genuinely enjoyed this film, although I’m not sure if I’d have enjoyed it as much if I didn’t listen to the inspiring talk by Herzog. I’m not sure if the Q&A is exclusive to Mubi, so I’ll leave you with these beautiful words by Herzog:

“Of course, we have to ask ourselves, about our own lives. How much of our own life is performative? And the real big question is how much truth is in all this and how much is fake sometimes necessary as a benign element for human survival?”